Formed in 1987, the Ballarat Symphony Orchestra is a well-established community orchestra with a long and proud history of performance in Ballarat.  The Orchestra is managed by a Committee of Management and we will be recruiting to our Principal Conductor position for commencement in 2023. Guest conductors for 2022 are Mark Shiell and Hugh McKelvey. Orchestra members are all volunteers, who give their time freely. We have some minimum standards for all playing members and welcome expressions of interest for new players. Get in touch!

We present three concerts each year at the Wendouree Centre for Performing Arts, as well as performing at occasional community or other events.

The orchestra plays a wide repertoire and features a range of soloists throughout each year. 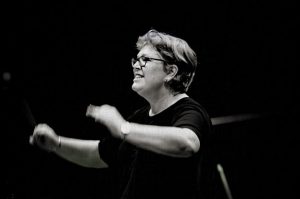 Jenny Going was appointed Principal Conductor of the BSO commencing 2023. She is currently Musical Director of the Essendon Symphony where she has been conductor since 2008. She has conducted some of Melbourne’s leading ensembles including the Zelman Symphony, Ballarat Symphony, Melbourne University Biomedical Students Orchestra and Hopkins Sinfonia. In 2016 she was rehearsal conductor for New Zealand Opera’s season of Sweeney Todd. Jenny is committed to supporting young musicians as conductor at Melbourne Youth Music’s summer school and in 2016 she founded the West Melbourne Schools Orchestra to provide rehearsal and performance opportunities for students in Melbourne’s West.

Jenny completed her Masters of Music performance degree specialising in orchestral conducting at The University of Melbourne under Benjamin Northey and Luke Dollman and was honoured to be the inaugural recipient of the Rosemary and John Hopkins Award in 2015, her final year.

She adjudicates regularly for the Victorian School Music Festival as well as adjudicating for the Australian Brass Band National Championships in 2018. Jenny also works with ABODA Victoria as a conductor mentor at various professional development events. Read more about Jenny on her website. 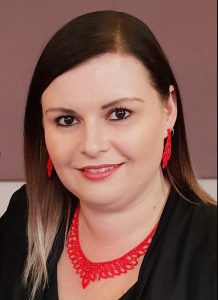 Our Leader is Yvonne Holley.  Yvonne has been a member of the BSO for over 18 years and was formally appointed to the position in 2016, although she had led the orchestra on many occasions previously.  She enjoys playing in the pit orchestras for theatre companies in Ballarat, along with the Klemantyne Ensemble – a local chamber string ensemble. Yvonne is also the founder of The Eureka Strings and a well regarded classroom music teacher and string specialist at several schools in Ballarat.

Our members are the music teachers and skilled amateurs of the Ballarat area.  We are pleased to be able to promote their private musical services.  Click HERE for a list of our musicians and the services they provide.

The orchestra has developed formal policies and procedures below, for the reference of members and associates of the orchestra.